All About Gray Hair, More Than Just The Hair, ProAging, Silver Hair Fashion

There are so many outdated and myth based beliefs about gray hair, I felt it was time to do some good ol’ myth busting.

Silver hair has to be short…False!

Your hair can be whatever length you like. Just like with any hairstyle the better your products and upkeep the better it will look. Length and color are two different things.

If you want to see some gorgeous examples of long silver hair, head over to Katie Goes Platinum and check out her post: 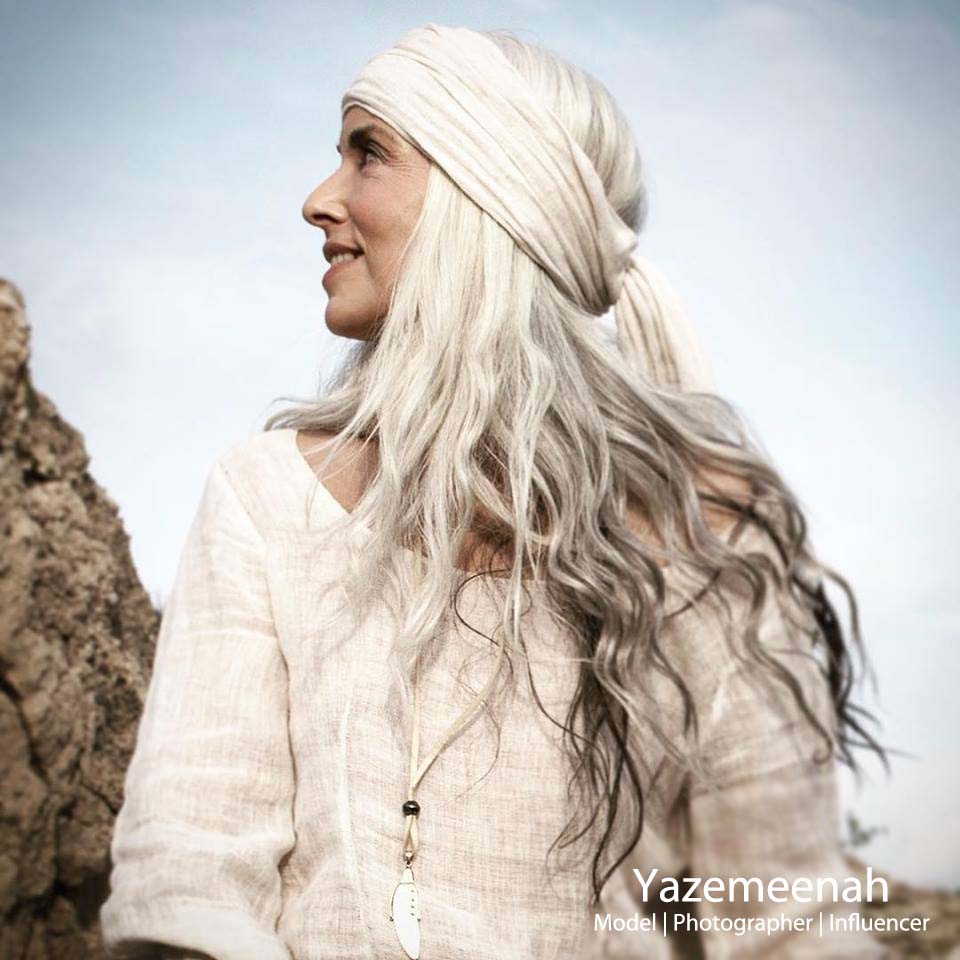 In fact, Anne Kreamer did a small study and found that most people just look their age with their natural color.  Who are we kidding anyway, if you are over 40, you probably look over 40. If you aren’t 21, you are likely going to be carded for liquor too. Honestly, looking our age, or younger, or older, is about your genetics, your skin, and how well you keep yourself. Through all the transitions I have witnessed, most of the women have brighter eyes and an overall softer look.

One common reason many people embrace their silver is that over time the more gray you have the more you have to color it, the stronger the dye must be for it to last, and less time between each coloring. Which quickly becomes exhausting. The theory is that as your hair loses melanin the cuticle responds by getting stronger and tighter to protect the strength of the shaft, and this creates the resistance to dye. 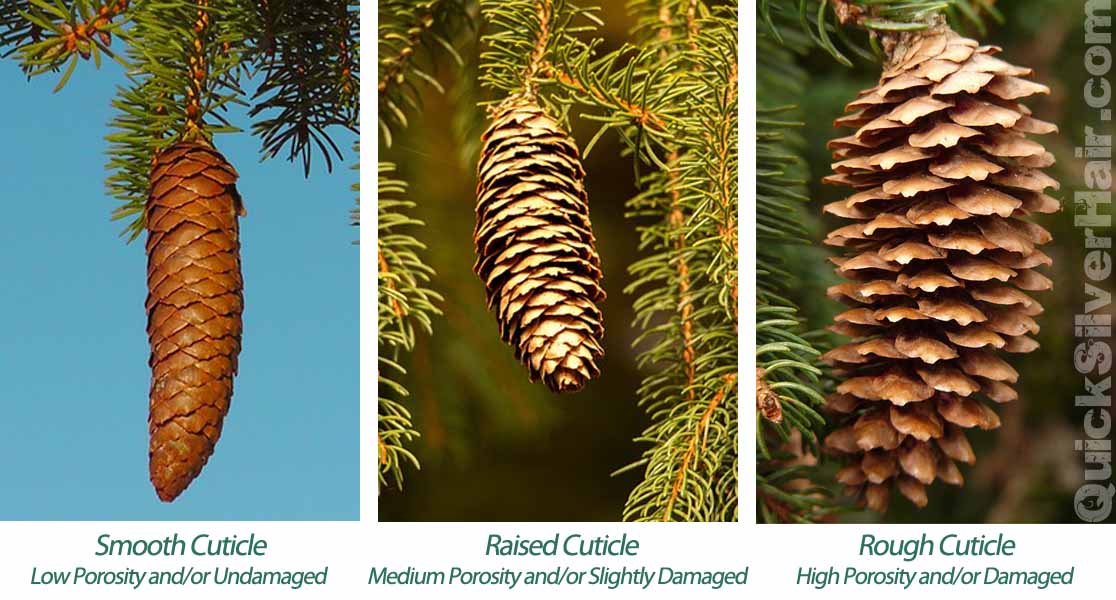 I hear this one all the time and see it constantly in articles about caring for gray hair. I’ve even heard hair stylists say it while they have their fingers in my hair. It is a gross generalization to say it is more coarse. Just like your fingerprint, your hair is unique to you. Scientifically speaking, most people have finer and thinner hair as they age.

My hair with no dye is almost baby fine, silky soft, and the curl texture even changed to a wavier texture rather than a curlier texture. Texture is changed by going dye-free, but it doesn’t necessarily get more coarse. As I mentioned before, the cuticle response is to refortify the hair but that doesn’t mean a difference you can feel, it is happening at a microscopic level. 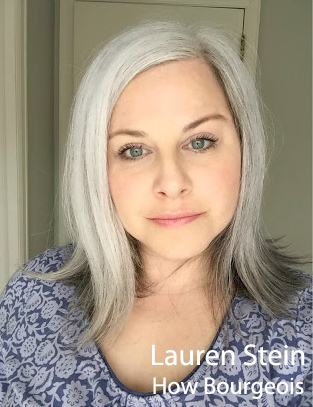 You can only go naturally silver when you are a senior…False!

Believe it or not there is a revolution happening and it is starting with the 20 somethings, not only are they dyeing their hair silver some are refusing to believe what the media has shoved in our faces for the last century.

Lauren Stein of How Bourgeois very publicly shares her journey that started when she was in her early 30’s. She was one of the first bloggers I found when I started my journey.

Lauren also launched her own line of Silver Hair Care, I’ve tried just about everything and I was not disappointed, all available on Amazon.

Ad campaigns for hair dye used to be anything but politically correct, they shamed women into dyeing their hair, even saying they wouldn’t have friends with gray. One would think advertising had come a long way but it hasn’t. We still see ads that make us shudder. 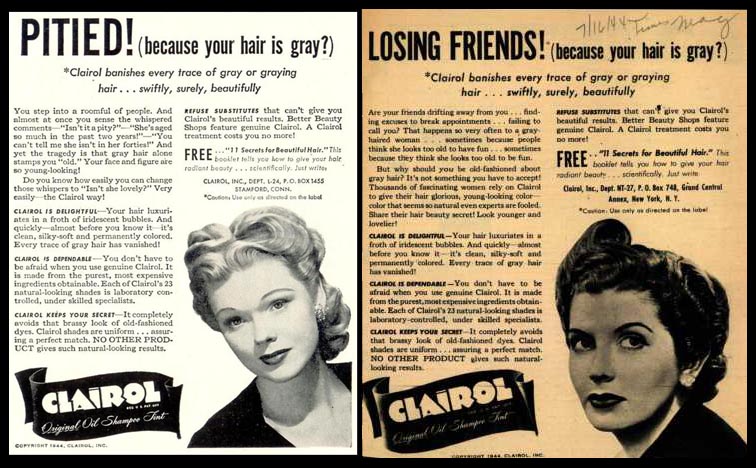 Silver Hair is not stylish…False!

Style is not just about clothes, it has much to do with your confidence and poise. It is about your attitude. After that, any outfit well put together and with intention will be stylish.

Liz does guest posts for me on fashion check out her tips: Silver Hair Fashion: Shop Your Own Closet 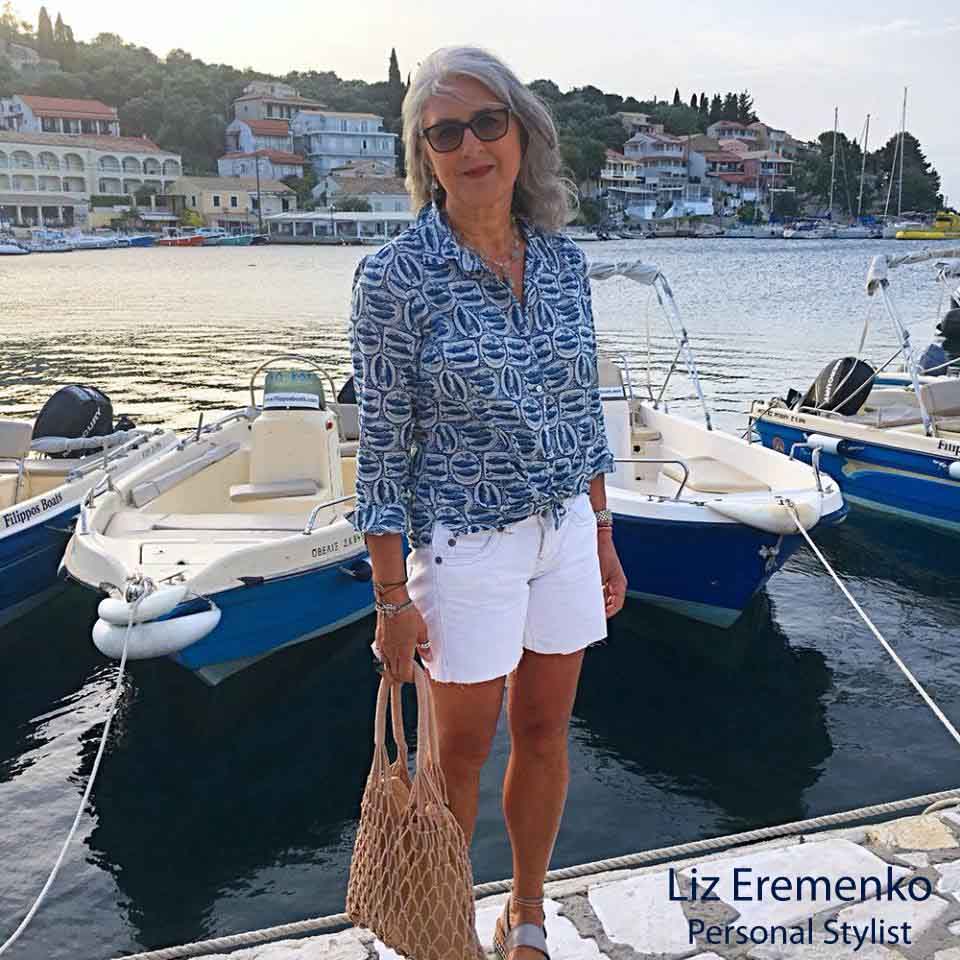 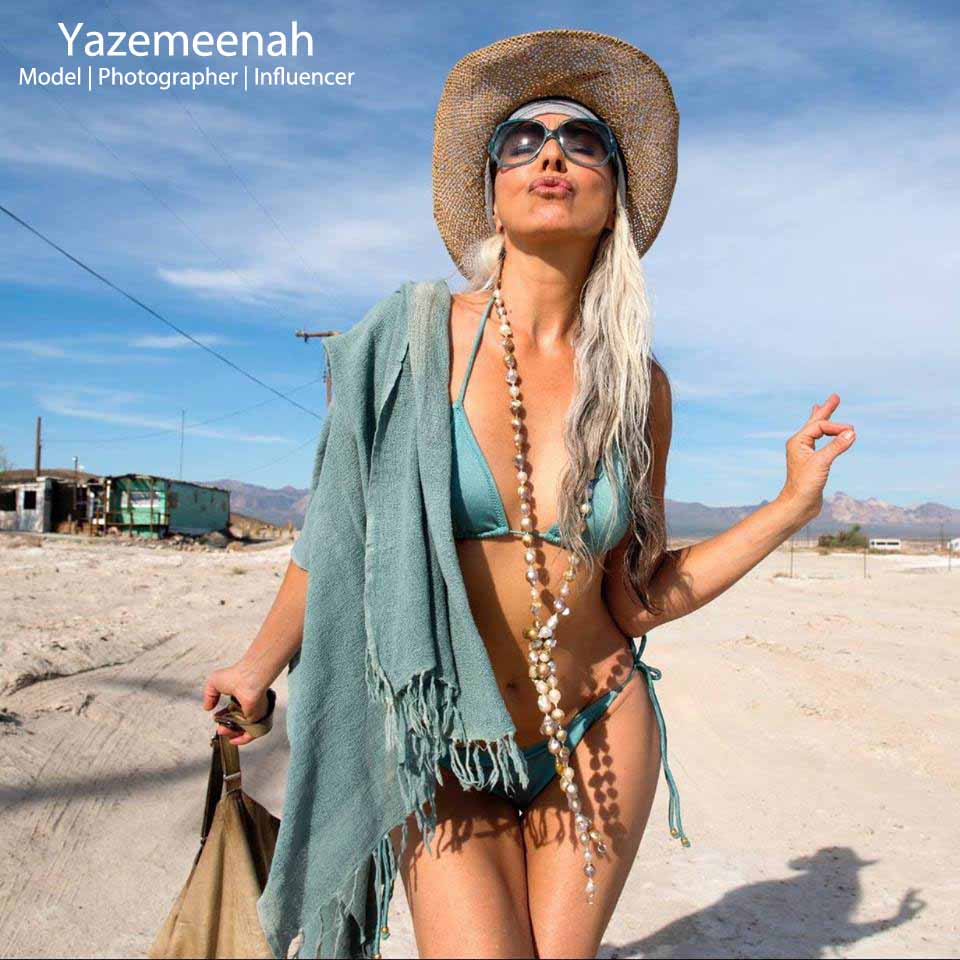 Just like a very pale person sunburns quickly, your hair is the same way. Because there is no melanin in the hair, there is no pigment to protect it from the sun. Wear a hat in the sun or use sun-protectant hair products. The discoloration of white hair caused by sun damage cannot be removed.

In addition, the most lethal type of melanomas are often found on the scalp, so don’t be afraid of wearing a hat.

You have to change your clothing colors and makeup choices when you have silver hair…True!

This is true, you will find that certain colors will reflect poorly and leave odd casts on your hair color. Just like the hair surrounding the white hair creating reflection, so will your clothing.  You will also want to completely reevaluate your make-up choices so that you do not look over-done, washed-out, or pale.

This does not mean you “can’t” wear a color you love. If you love it, wear it in a skirt or pants. Or break the rules. If you love a color it will show in your confidence. Confidence is always beautiful. 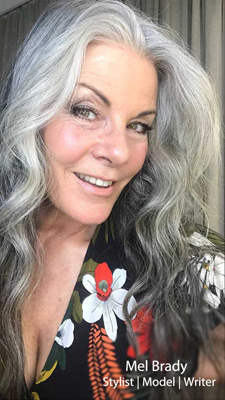 Gray hair is not for everyone…False!

Not everyone can pull off gray hair…False!

I have NEVER seen someone look worse with their natural hair color than they did with dyed hair. I have witnessed thousands of women transition to gray at this point, so believe me when I tell you, we all notice the shift to brighter eyes, softer looking skin, and something very surprising happens; most women look happier too. You will never know what you will look like with your natural color unless you try it. If you hate it after you grow it out, that’s okay, but at least you know.

I say this all the time, “Mother Nature knows exactly what she is doing when she builds your DNA, she rarely makes a mistake when it comes to your hair, skin and eyes matching.” 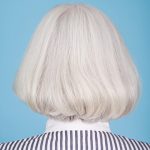 White hair has no pigment…True!

Your hair can have a range of colors from the color you were born with all the way to the translucency that is the last stage of melanin loss. The color is determined by how many translucent strands you have at 100% translucency you will be completely “white” headed; between now and then it will be reflective of the color of strands around it. Combine that with light streaks and dark streaks, and the areas where you still have your born-with-it color you will have a multi-shaded head of hair.  The salt in a salt and pepper head of hair is so obvious because those white strands stand out.

Genetics is usually the main reason you have gone gray…True!

Peroxide is actually the main culprit…True!

This is where melanin comes in, the buildup of peroxide causes other enzymes to be inhibited, and then melanin doesn’t function properly, losing its ability to transfer to the hair shaft. The white hair strand is the absence of melanin, genetics determines how much and when we gray, and hydrogen peroxide buildup is one of the culprits that causes the process to kick off.

Dr. Gerald Weissmann who published the peroxide study says, “Maybe the best analogy is that we’re like a color photograph fading to black and white.”

Or rather, no scientific data proves this theory; however, many people, including myself, have experienced significant acceleration of gray at highly traumatic and stressful points in our lives.

The scientists from the same study mentioned above are now exploring the possibility that stress and trauma cause inflammatory responses that could, in fact, increase peroxide in the cells.

Another study has found similar eveidence (in mice) that overactive immune responses in conjunction with genetic propentisy could cause graying. So a severe autoimmune episode, a high fever or even an extreme stressful event that disrupts the immune system could be part of the premature graying process.

However, going grey from getting the “frights in the night” like the Bride of Frankenstein is unlikely. 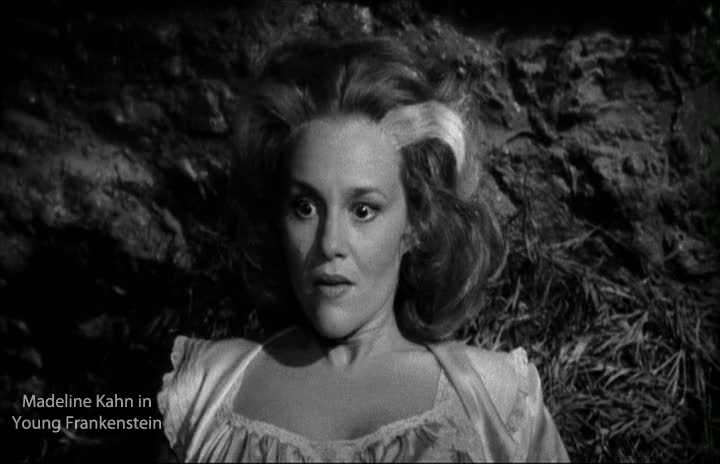 While silver hair can be more fragile if your hair is thin and fine, it would still be fragile dyed. In my opinion, dyed hair is always more fragile and more damaged, it has been assaulted by chemicals and the shaft has been completely disrupted. 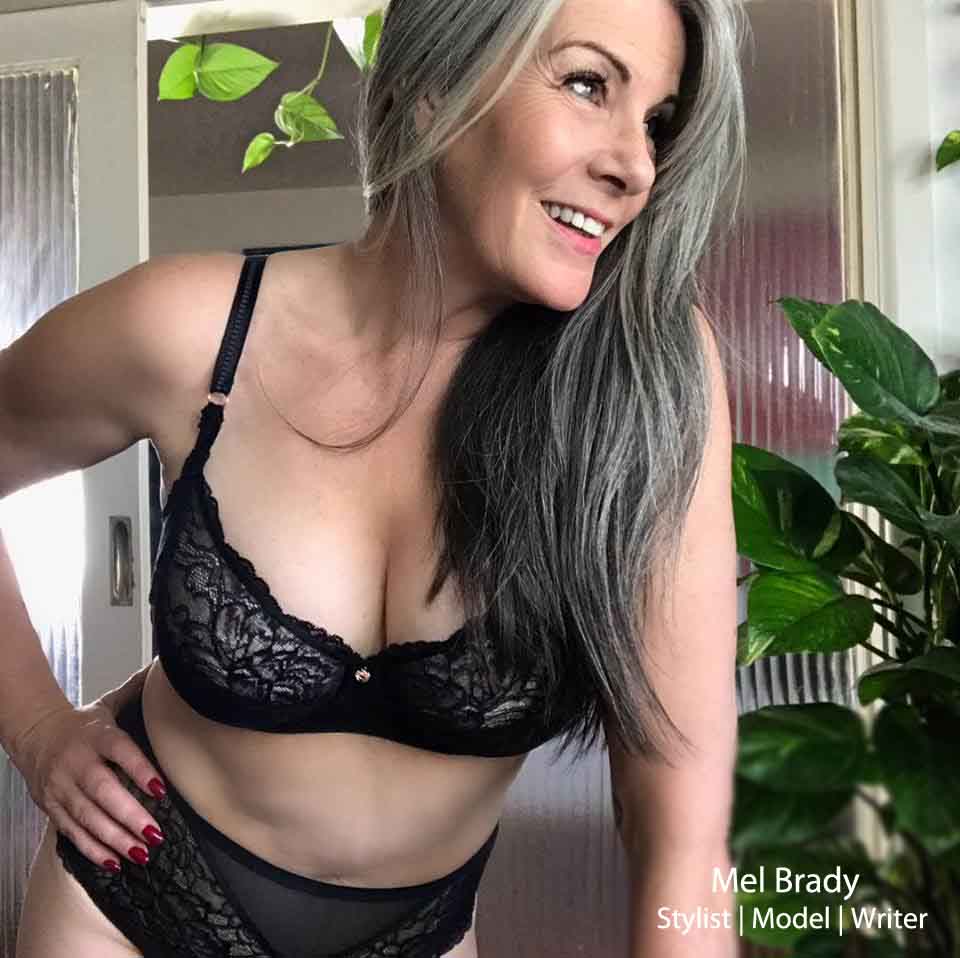 Just like style, beautiful and sexy have nothing to do with your hair color. We most often think beauty is something we see, beauty comes from within, just like happiness. Sexy is attitude, it is the way you present yourself to the world.

In fact, your white, white hair may not be white at all, depending on the color you were born with it may have a slight yellow tinge to it. Natural red heads, for instance, don’t really go “grey” over time their hair becomes blonder looking. Silver hair comes in a range of colors from the traditional dove gray we think of as white and black mixed together, all the way through to what artists refer to as the French Grays which are slightly yellow tinged, on to steel blue and silver.

Yellowing can be removed…50/50

It depends on the cause. Sun damage, heat damage, and certain mineral deposits cannot be removed. If the yellowing is caused by hair products and some minerals it can be removed, it may take some time and diligence.

Purple Shampoo is the only way to combat yellowing…False!

This is what I thought until I started wondering why when I dropped the dye the only option I had to “remove yellowing” was essentially a bottle of purple dye. Purple shampoo is a chemical and if you want to live without dumping chemicals on your head there is another way. Purple shampoo doesn’t remove yellow, it is the opposite of yellow on the color wheel, which means it just covers it up and hides it. This is the very reason that led me to develop QuickSilverHair Clay. The clay adsorbs impurities, while conditioning your hair. It helps remove buildup that causes discolorations; it will take you back to your true and natural silvers.

What Myths have you heard…did I miss any? 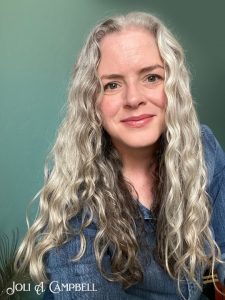 ← Authentically Middle-aged…Well Bo!!@#&$ to That! What is Purple Shampoo, And Do You Even Need It? →

* Affiliate Links: QuickSilverHair is a participant in the Amazon Services LLC Associates Program. Some of the links on this site are affiliate links to Amazon.com. I earn money as an Amazon Associate from qualifying purchases.

© Copyright disclaimer: All content is written by Joli Campbell or Guests, that content belongs to QuickSilverHair or the respected author. All Images in this blog belong to the women in the picture or myself. I have used their images and names with their permission. Please do not copy or redistribute without further permission. Thank you.

QuickSilverHair.com content disclaimer: content is provided for general informational purposes and should not be considered medical advice. Product information is not intended to diagnose, treat, cure or prevent any disease. The hair care content is also for educational use, I am not a hair care professional or dermatologist, please be careful with your hair and skin. If you have any hesitations or concerns speak to your doctor or hair care professional for their support before using any information you find on this site. Be well.

You have Successfully Subscribed!

Original T’s and More Designed by Joli on Etsy